I’ve generally done okay with plants the last few years. As in, not killing them. But I’ve had a stretch of bad luck recently.

END_OF_DOCUMENT_TOKEN_TO_BE_REPLACED

Well, you are reading this in October (although I’m writing it in August) because I think the last of the free garden I’ve tried to cultivate this year is finally at an end. END_OF_DOCUMENT_TOKEN_TO_BE_REPLACED 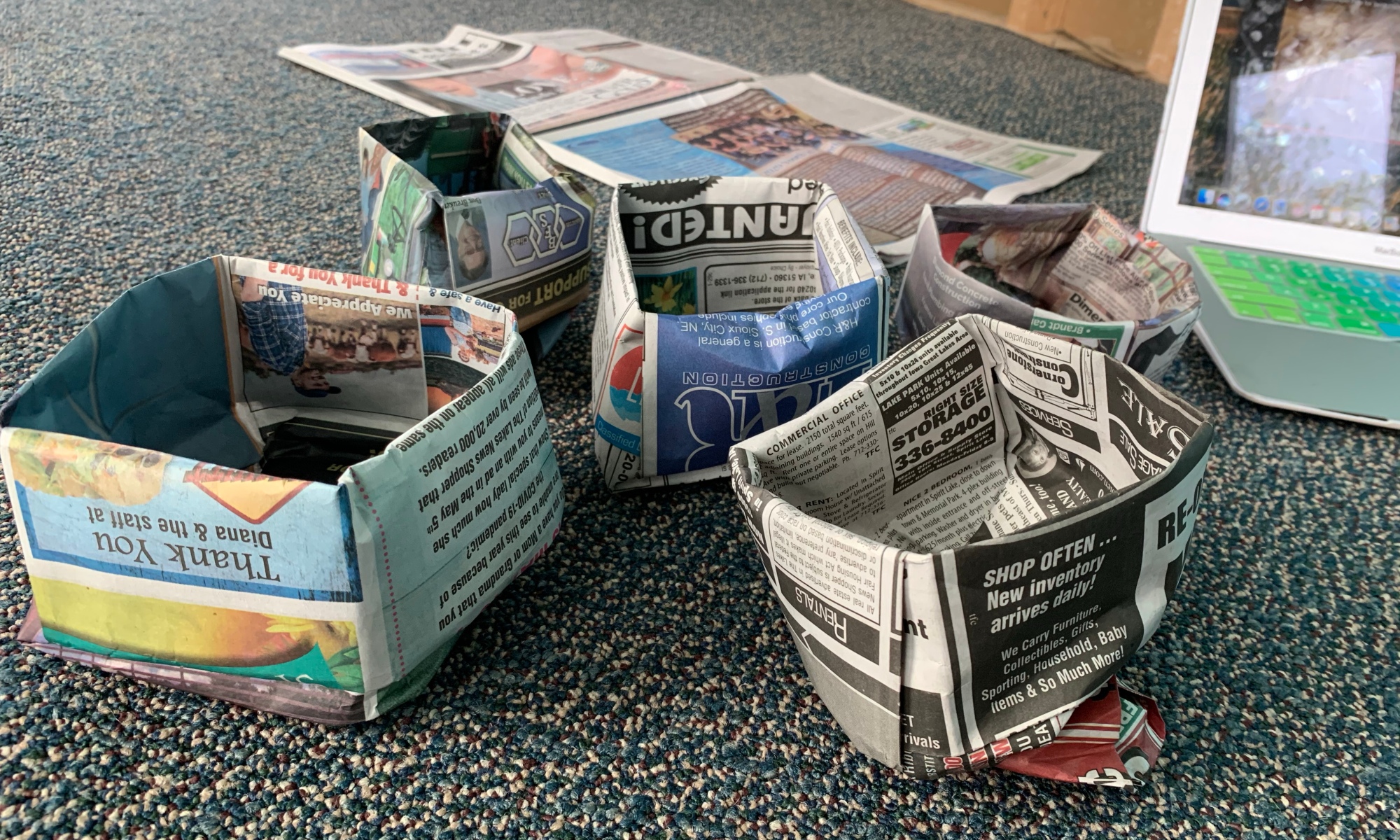 Yes, yes, I know. It’s August and I’m just getting a post up about gardening. END_OF_DOCUMENT_TOKEN_TO_BE_REPLACED

I just wrote half of this post only to have my finger swipe a button and delete it all. 😥

So here we go again.

My “gardening” this summer consisted of trying to grow the raspberry patch, three strawberry plants in containers, and three herbs. Easy.

The raspberry patch (despite mulching attempts by Tyler) still overgrew with weeds. But there were a lot of raspberries. The harvest was a bit later this year than usual. And while I generally just eat them off the vines, Tyler did go out this year and collect and freeze a whole carton of them. Not sure what I’ll do with a carton of frozen wild raspberries. But I’ll at least know how they freeze.

The strawberries were the shockers. Not much happened for most of the summer. But then they exploded in August and early September. They were shooting out…uh…shoots constantly. I overcrowded the pots I used.

Gus loved the strawberries (and the raspberries). They were little, but the little ones are always more sweet. 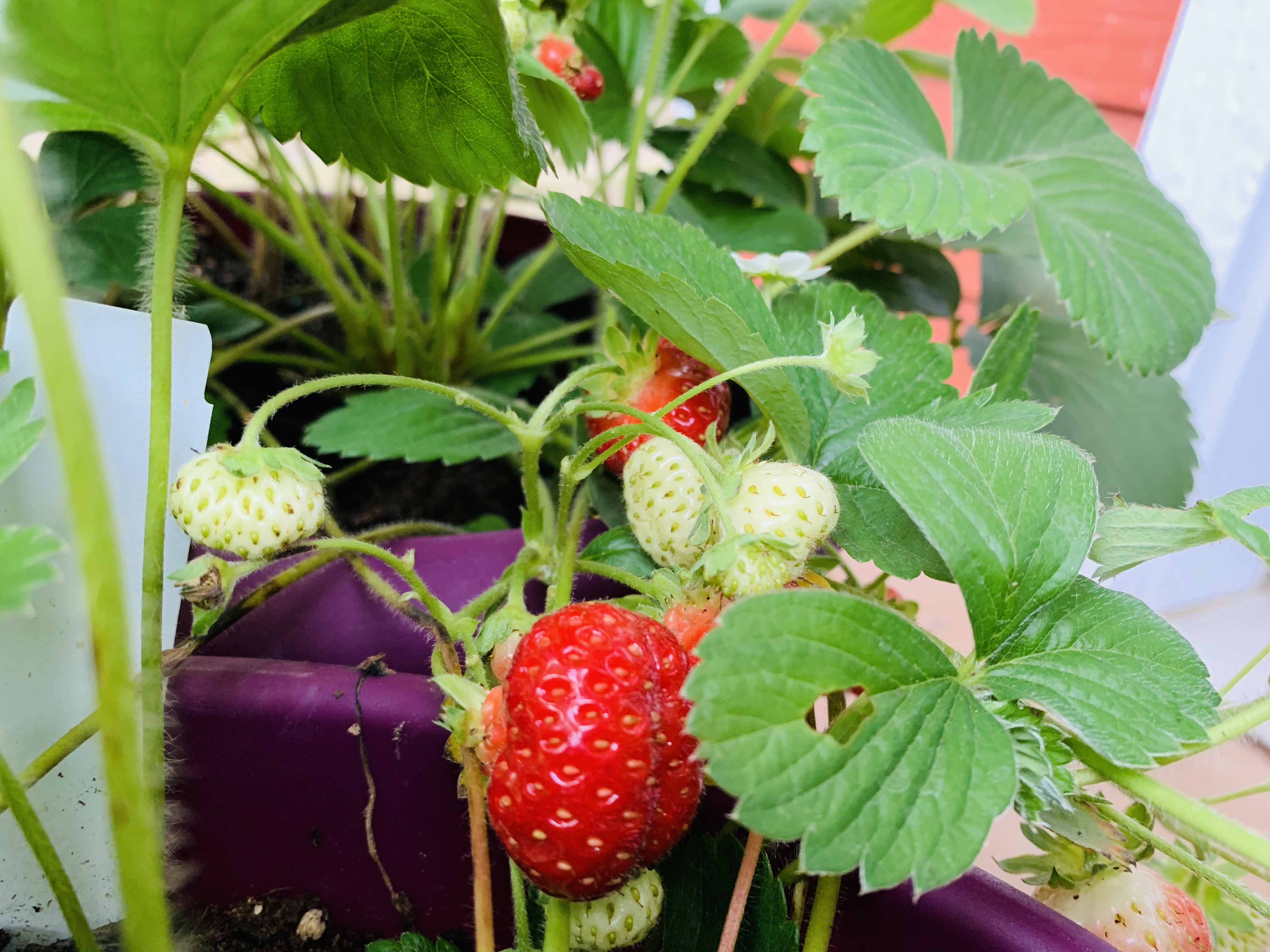 To winterize the strawberries, I cut all the leaves down and covered the the plants with more soil. They are just going to sit outside on the back porch, because (I’ve been told) they are hearty enough to survive come spring. I might cover with some leaves or compost once the soil settles down more.

The herbs have been doing fine too. I’ll be bringing them inside soon-hoping they’ll make it through the winter inside the house. The oregano is the most prolific. The rosemary the least. 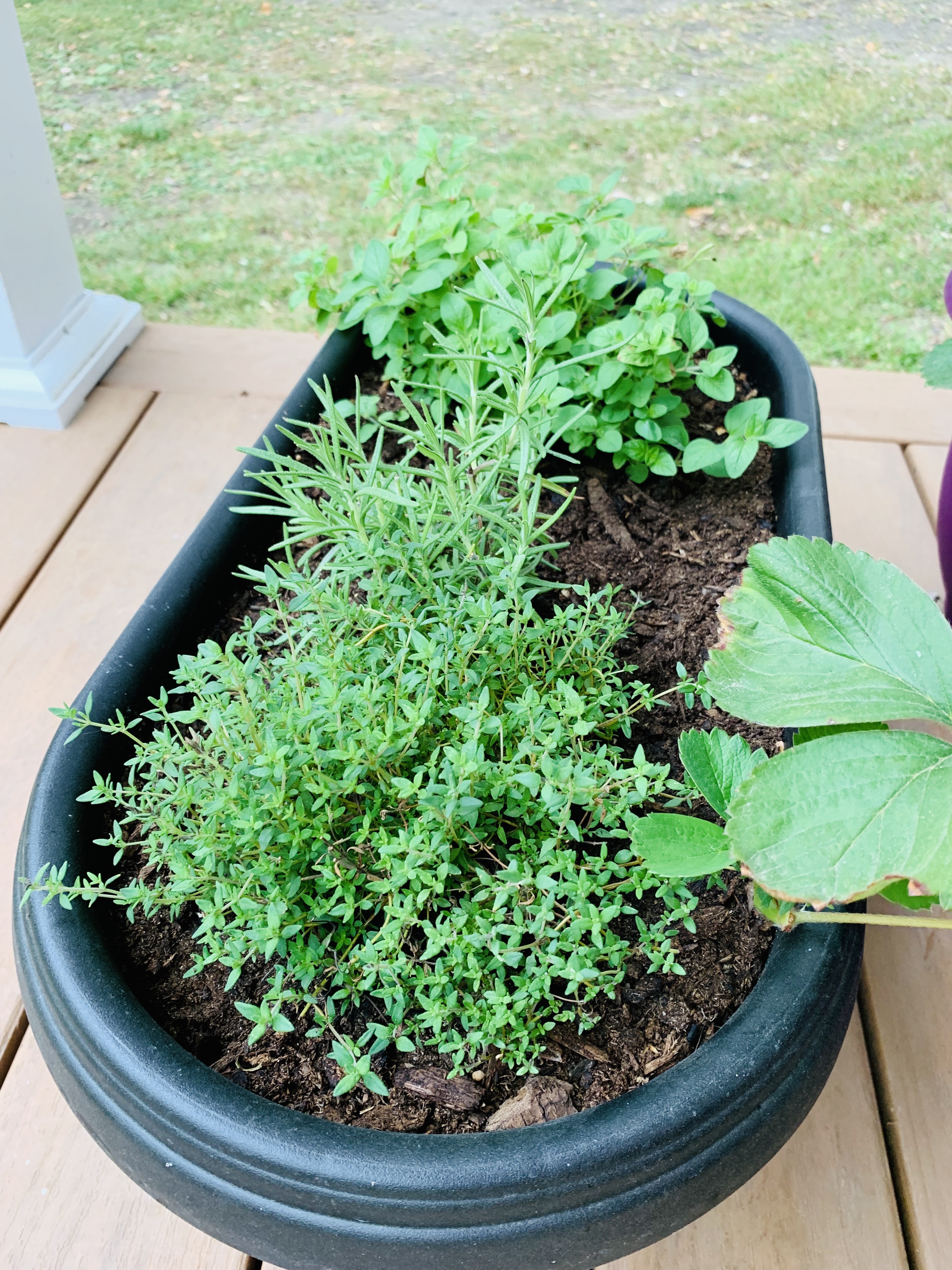 I’ve been cutting the herbs and drying them.

After the freeze hit, I moved the herbs inside, right by the south door (which is a full glass door). They’ve been inside for almost a month by this point and still seem to be alright. They aren’t growing at the same rate, but I honestly don’t know if I could keep up with that level of growth year round. I’ve filled several containers with my dried oregano and thyme already.

It was nice to have a few plants to take care of without worrying about the time of a whole garden, especially with teaching summer camps for the first time this year.

I may even branch out and try another type of produce in a pot next year. 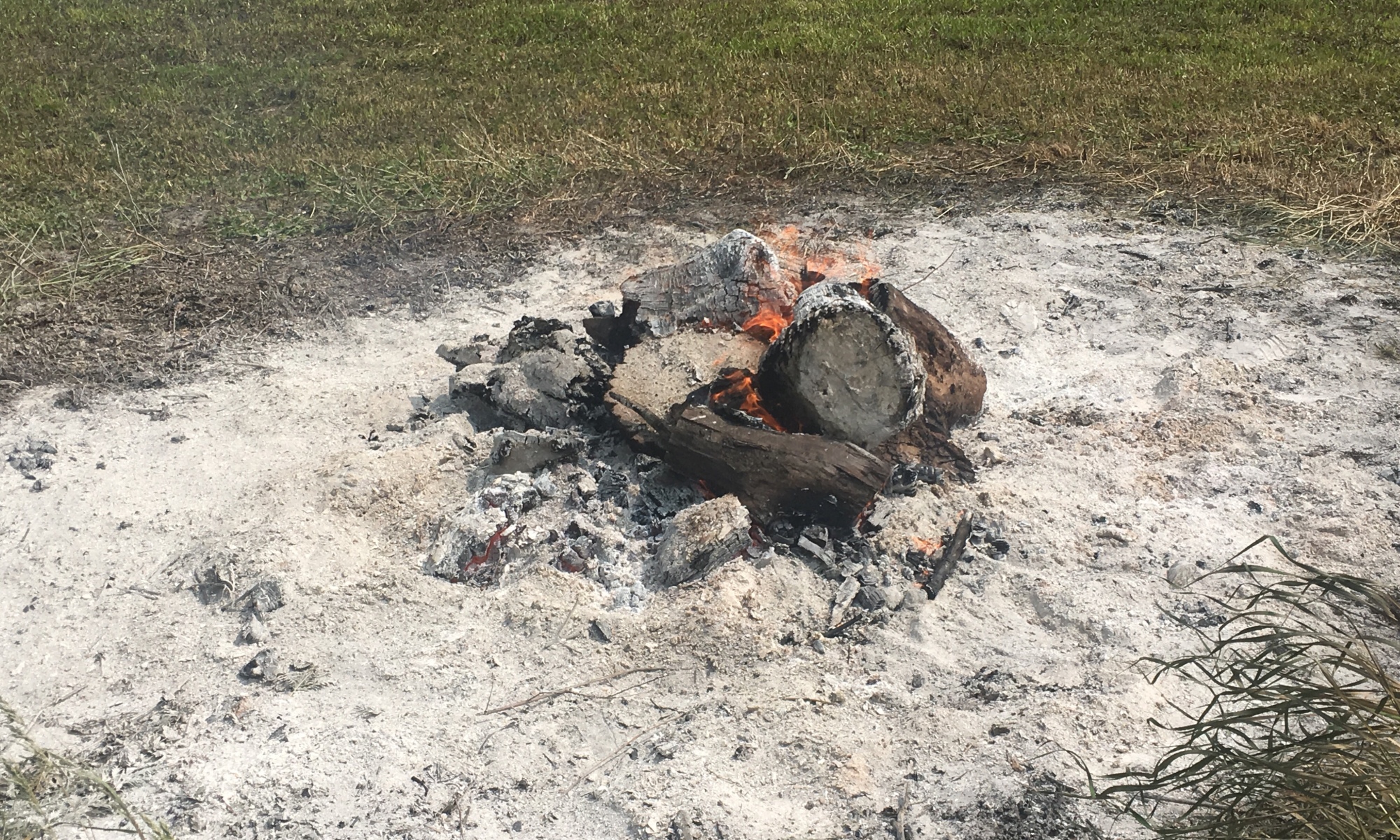 Tyler gets the best ideas when I go out of town. I left town for a quick road trip where I was gone for less than twenty-four hours. END_OF_DOCUMENT_TOKEN_TO_BE_REPLACED