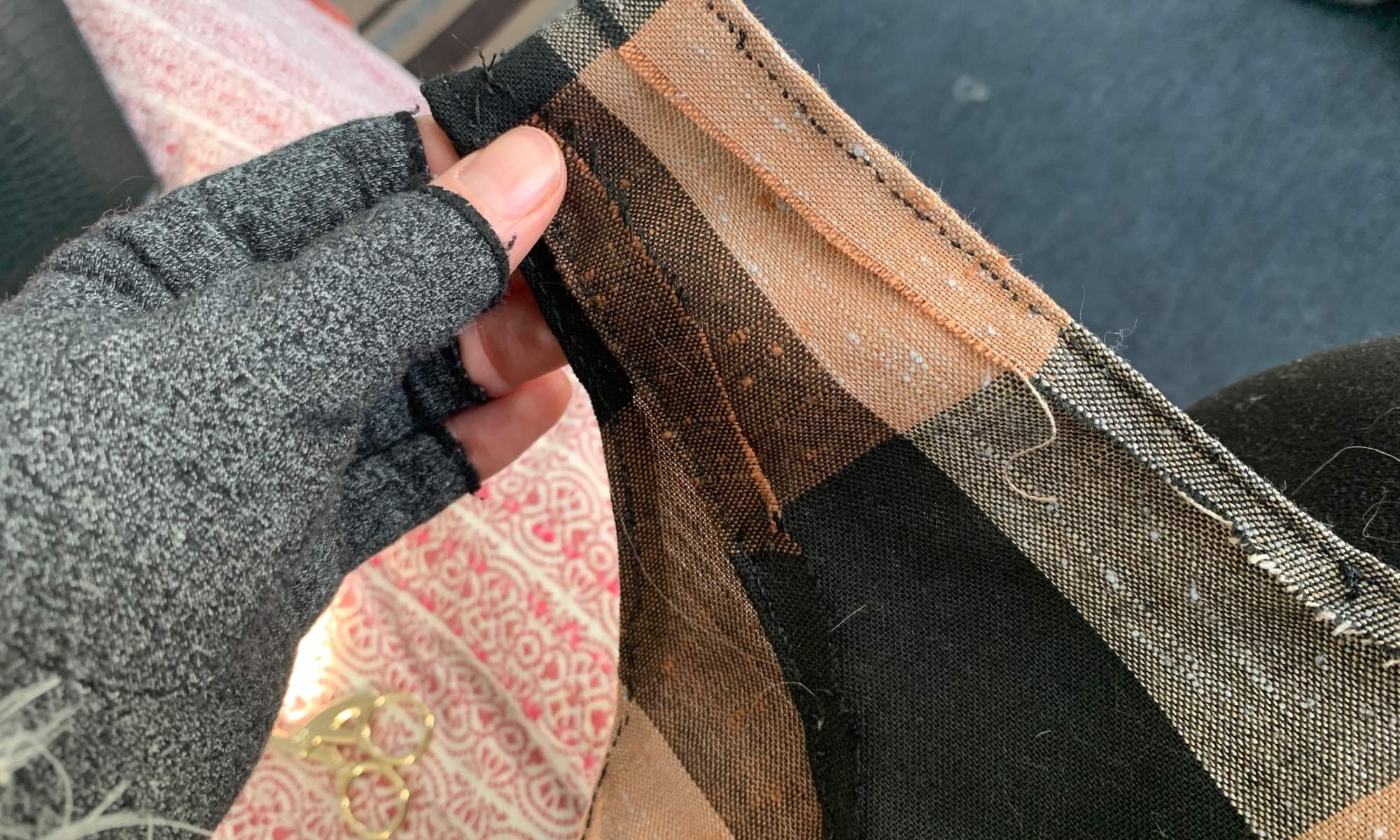 After the monotony Thanksgiving break, I realized I needed to think about having a project to work on when I’m not teaching for long periods of time. So I decided I would attempt to make my first garment over the Christmas break and I was so excited!

I’m not going to be making this post a tutorial about sewing. First, because I’m a terrible seamstress and no one should take my advice. Second, because there are a TON of very talented people out there on the internet that can show you wonderful ways to make things.

This is mainly just my excitement in showcasing something I completed.

To make my first dress easily, I decided to take a dress I already own and just copy it. Cut out the fabric to the same as the dress I like and that fits. So I used this American Apparel one size sack dress I bought in 2012 for my trip to Tanzania. It’s just cotton with a few seams and hemming.

I didn’t make a mock up (I don’t know how to do that and I didn’t have extra fabric to make that happen). I just laid the dress on top of the fabric and cut around it. Very poorly. I can’t cut in a straight line to save my life. I also can’t cut a line that doesn’t result in jagged edges. Why? I don’t know, I’ve stopped attempting to try and fix it. If I waited to improve my cutting skills, I’d never end up making anything.

I tried to leave about 1/4 inch of fabric along the lines I cut so that I could fold the fabric over for the edges. There is a different word for this, I’m sure, but I don’t know what it is. I don’t understand sewing language.

After cutting everything out (and I made the dress a bit longer than the original), I cut a swoop into the neck. I cut the fabric so that it was one large piece-and I didn’t have to have a front panel and back panel.

Then I used my iron and pinned parts of the fabric that I was going to sew down. I did the neckline and arm holes first. I sewed these with backstitches. Not very straight back stitches, but a lot of them. The back stitch is a very strong stitch and I wanted to make sure the stitches wouldn’t ever fall out.

Then I decided to make pockets. The original dress I copied from doesn’t have pockets. But what is the point of making a dress if you aren’t going to put pockets in it?

I found several tutorials online and went with the one that made me feel like I understood the directions. I sewed each part of the pocket to the dress near the side seam, then folded the two sides of the pocket together and sewed around the outside when I was doing the side seam.

Somehow, one of my pockets ended up about four inches lower than the other….despite me checking and rechecking when pinning the pockets to the dress. And since I used backstitches…I decided to keep one odd extra low pocket. It’s definite character…one of a kind! Ha!

Lastly, I needed to do the hem. But I realized I cut the dress out slightly crooked. So one side naturally hung lower when wearing it, but when I laid it flat, it appeared to be the same length. This caused hours of staring at the hem of the dress trying to figure out how to even it out.

I used a running back stitch on the initial hem. And then I used a whip stitch (I think?) when I readjusted the hem on the side of the dress that was still hanging lower.

Is it beautiful? No, not really! At least, not up close! Haha! But from a distance, I think it’s passable. I didn’t finish off any of the edges of the material, so I’m sure I will have trouble with fraying. But, I think, as I gain confidence in my abilities, that is something I can go in and correct at some point. Getting the garment complete was probably the most important part of this project, regardless of how it looks as the outcome.

Now, further, I’d like to add that I think people mistakenly think a dress isn’t very versatile. So I wanted to take a couple photos to show how a dress can really be a great piece for a wardrobe. You can wear it as is, with different tops that make it appear as a skirt, and with cardigans and shawls and sweaters to change up the feel. You can add boots or sneakers or sandals. A dress really is the ultimate staple piece (which is why I’m basically only wearing dresses now).

It’s a great feeling to finally complete something you’ve been wanting to do for years (and furthermore to have completed a whole dress with only hand stitches) and I’m so excited to be able to continue projects like these.