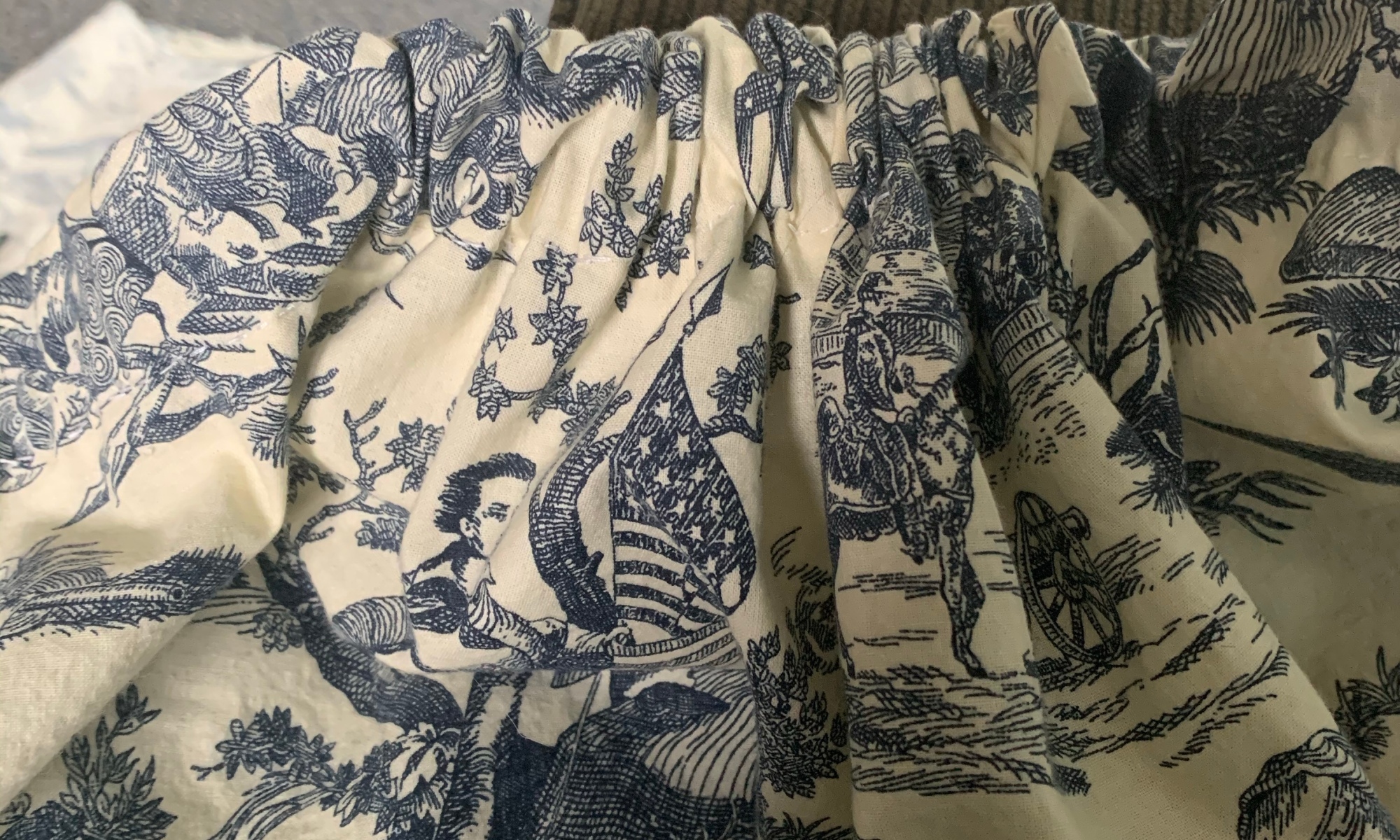 I finally did it. My first actual sewing project not related to Covid-masks!

Was it a big project? No, it was, in fact, easier than making face masks. But it was fun to spend some time actually making something.

But before you hear all about it, I want the so kind readers of this blog to know that I have learned about a new tool. A $2 invention that would have made me life cleaning the windows up SO MUCH EASIER.

Yes, folks, apparently, there is a tool called a scraper that holds a razor so you have a handle for scraping things. So instead of holding a razor by hand with the tips of my fingers, making them ache and worrying about slicing myself open, I could have just used this:

I will ask about tools on future projects. Lesson learned. 🤦🏽‍♀️

The kitchen makeover from last week? I couldn’t leave it at just the rearranging. While staring at the way I had moved things around, I thought about how much nicer it would look if I could cover up that horrible utility sink and the open space under the vanity turned counter.

And then I had an idea! Why not put a curtain around it?

I considered just buying a light curtain rod with some 3M hooks, but then I thought again. It would be more fun if I did the project myself, from whatever I already had here. (I really enjoy the constraints of-use what you’ve got)!

And what I had here was two yards of the funniest looking Revolutionary War printed cotton fabric. I bought it at Many Hands Market in Spencer in September. Many Hands is a thrift store that (I believe) is a Christian charity that partially benefits missions in other countries.

I haven’t been out shopping (other than for groceries and regular household items) since the pandemic began; but I grabbed my face mask and hand sanitizer and picked a day I thought would be light on customers (a Monday afternoon) and walked around the store. There were a few people inside, but, as predicted, it was mostly empty.

I found this fabric for…maybe $3? It had a stain, but was clever and I thought I could use it to practice my stitching.

Curtains are pretty easy when it comes right down to it. All I had to do was measure the length. I used the full width of what I purchased.

Then I ironed in the hem and hand stitched the hem so I could pull a ribbon through. The process would have been faster with my treadle machine, but I can not figure out why the thread tension keeps being such a pain. I’ll have it set and it will run fine for several days and then it will start snapping the thread?

I figured it would be quicker to just do it by hand. I did three running stitches with a back stitch for each pass.

When I was ready to thread the ribbon, I tied a knot in one end of the ribbon and bunched up the fabric around the knot to pull the ribbon all the way through.

Then I hammered in some nails to the vanity and tied the curtain around the nails.

On the sink, I tied the ribbon tied around the back of the sink and temporarily fixed the sides of the curtain with tape. (It was all I had to affix the curtain to a plastic basin…I’m sure in the coming weeks I’ll come up with something more secure).

Future, editing Jenna here. No, the tape and nails didn’t work at all and the curtains had fallen off by the next morning. But I did happen to find some Velcro with adhesive sides and have since velcroed (is that a word?) the curtains to the underside of the sink and counter). The curtains haven’t budged since-even with me moving the counter curtain frequently to get at kitchen stuff underneath. So…I found a suitable Plan B without spending additional money to correct my Plan A.

And viola! I finished a sewing project with a purpose!

The curtains won’t stay up forever. At some point, we will have a fixed kitchen instead of these bits and ends making it all work. But I’m proud of my crooked seams and mediocre job. Because I did it myself, from start to finish.

Hopefully my next project is just as adequately successful! 🥴