The large grove of trees that lines the former railroad tracks and edge of our property on the east side is an interesting mix of farm trash, weeds, and large trees.

Yes, that shed. The one that is a sort of temporary, small workshop for Tyler. 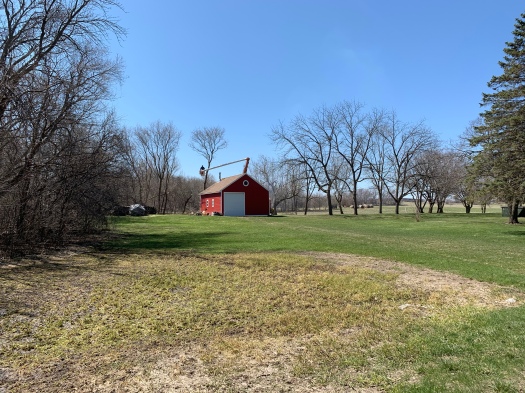 He had some additional plans for the space behind the shed (which will be forthcoming), and those plans included needing to clear part of the grove.

So one of the few cool things about a pandemic and schools closing early and most things being shut down, is that there are several posts here that span work done over multiple weeks and even months.

The clearing of the grove is one such post. Whenever there was a nice-ish day, Tyler would break from the porch project (or whatever other project he was working on) to do some outdoor work.

This included making a HUGE sifter to clear through the rocks in the grove. Because rocks from our basement project that Tyler dug up in 2014 were moved to the grove. 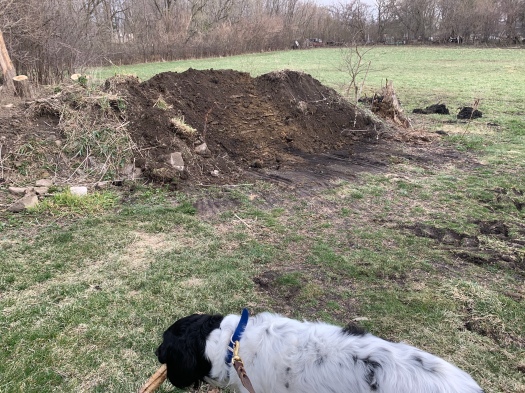 This also included a smaller sifter to create smooth dirt to fill in dips in all sort of places around the acreage. 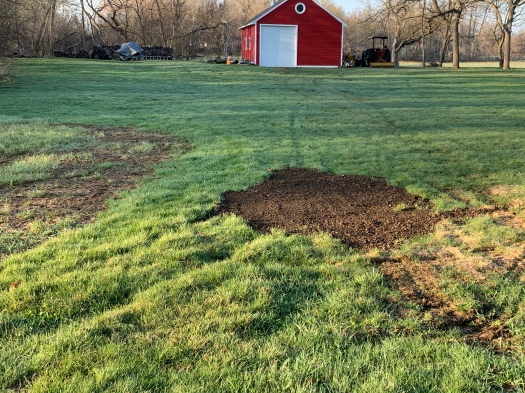 Our wonderful neighbor brought over his bucket and got rid of some trees that were precariously perched above the roof of the shed. 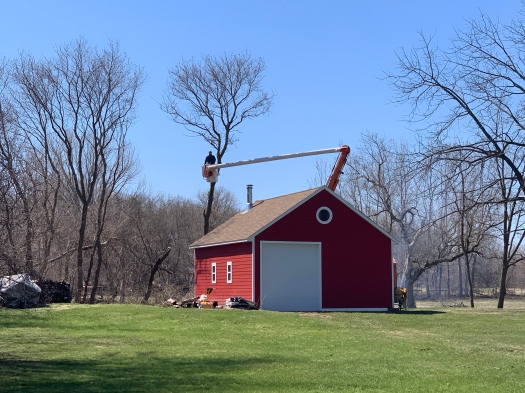 Tyler took down dead trees and had many days of recreational fires to clear out the brush and sticks. 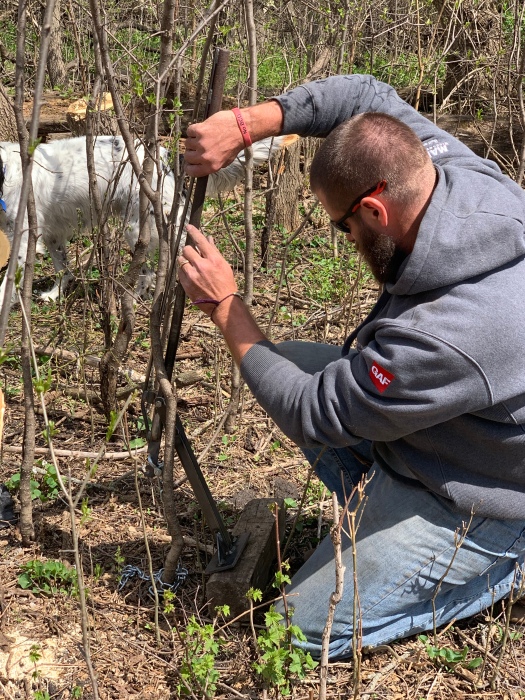 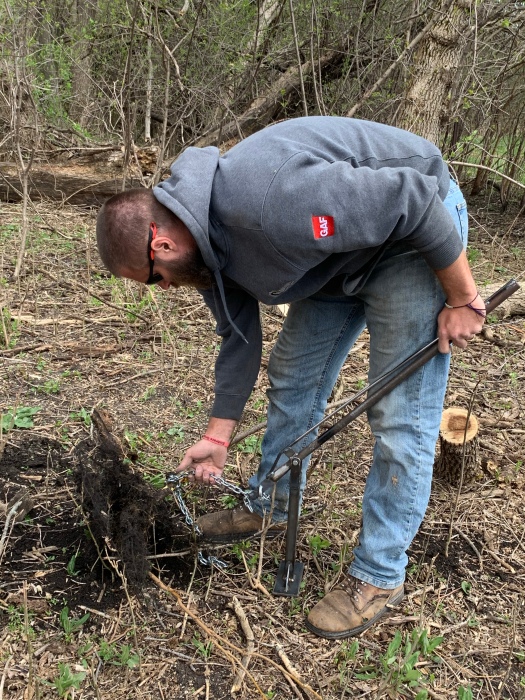 Tyler even built this tool. It creates a way to pull up a sapling or deep weed from the area. Some of the things that grow on our acreage…they are strong and really rooted. The small tool meant he could get into smaller more enclosed areas to clear out the space. 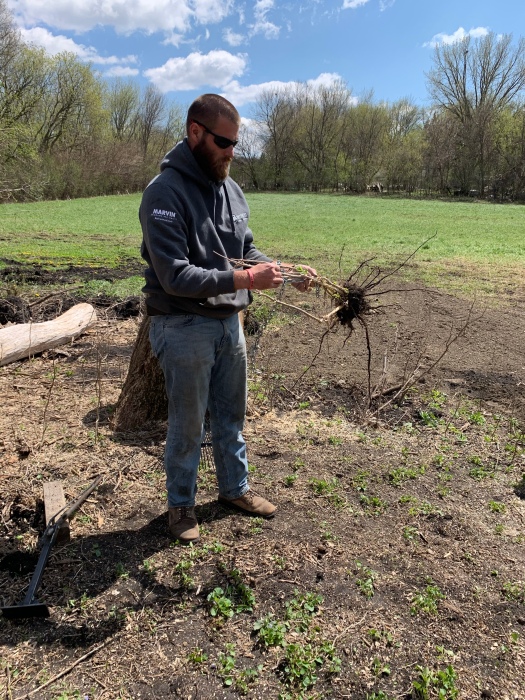 It was an ongoing project. So ongoing, I thought I was going to writing about five posts about the process. Then, I thought that showing all the little bits of the process in one large post might be more satisfying. 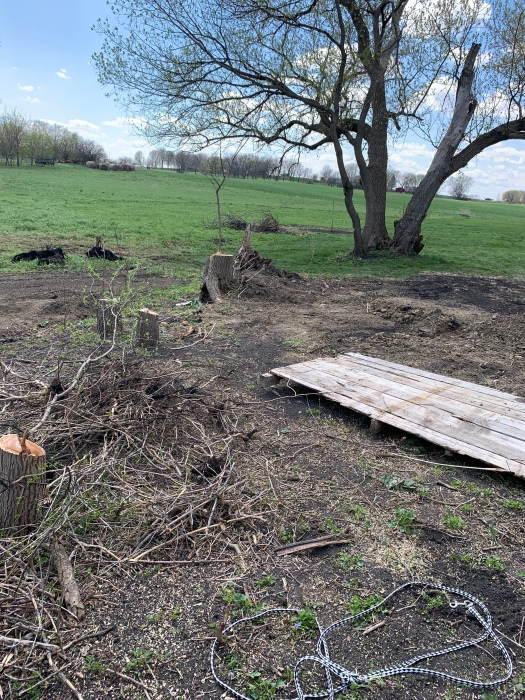 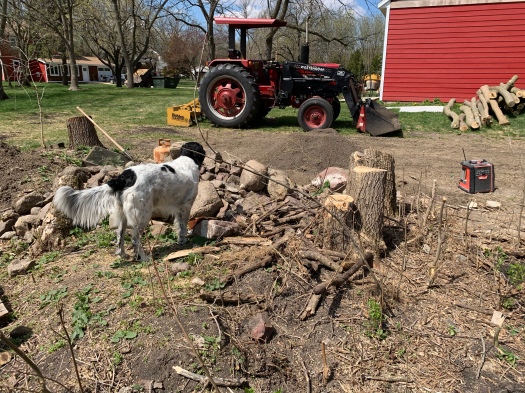