Yes, you read that title correctly. The outlets in the porch also had to be framed.

Tyler has done windows a lot. So, just bear in mind, with all the windows in our home, I feel like he is pretty good at churning this stuff out.

He took the cedar planks that lined the walls and cut them down to make the framing on the east wall of the porch.

He also added a little piece under the window rail. 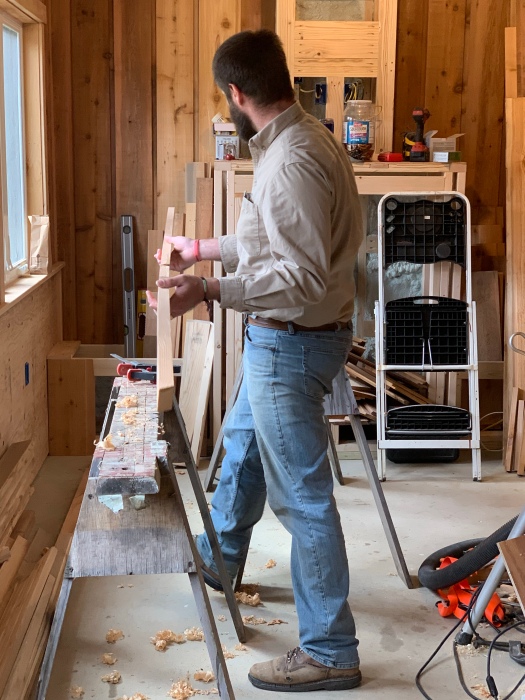 I find all of this he creates fascinating. I can’t “see” the image of framing in my mind. So when he was asking me questions about different thicknesses of the wood, I felt like I couldn’t really offer an opinion. That’s like asking someone to picture an animal they’ve never seen or heard of before.

There was a bit of time spent on the door, because of the way he wanted to make sure to match it and measure it with the door that enters into the house.

But by the time all of this was framed (and our porch windows were able to be opened for the first time since he installed them last summer), I could really start to see what this whole thing was suppose to look like. 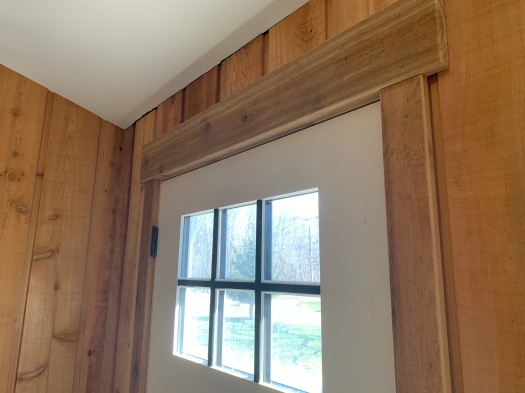 And then he did something I really didn’t expect. He made little wooden boxes to surround the outlets. Because, seriously, you want to keep that rustic feel as much as possible. 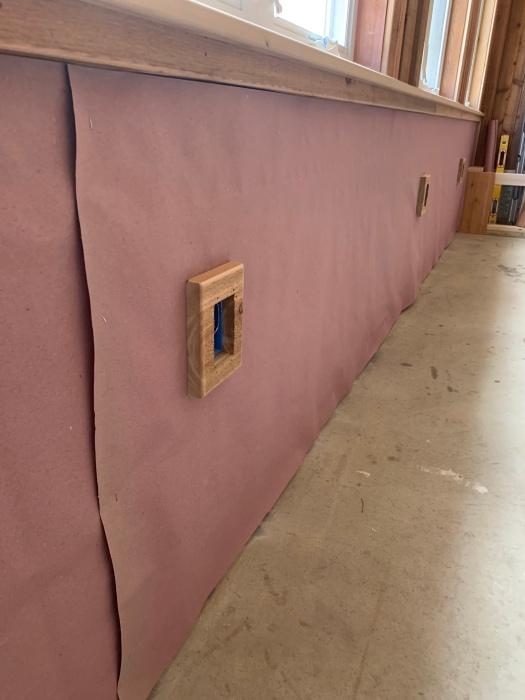