The east wall of the porch was a more complex project.

First, Tyler put up plywood for the finishing below the windows. 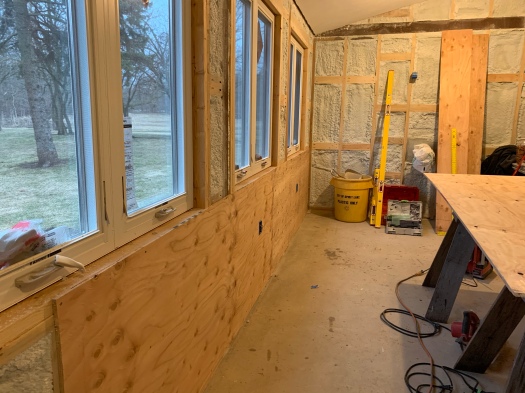 Then, he put one long, complete piece of cedar along the windows as a rail.

This was fit into place perfectly. Underneath that rail, another piece of wood was added and, damn it, I know there is a name for this but I’m just desperately trying to keep up with photos of this project while Tyler is moving faster than the speed of sound here. 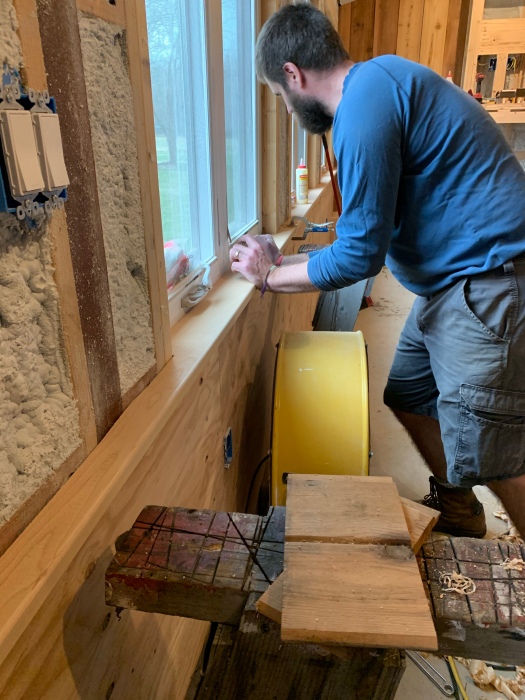 So this kind of, uh, break in the wall was laid out so he could do the fancy stuff in order. Meaning, the top half of the wall was done with the same cedar boards as the other sides of the wall.

Maybe that makes this post slightly less than interesting. But the process of putting together the rail and this siding involved my sewing iron.

Yes. That’s right. Tyler borrowed one of my tools. I have no photos of this.

Apparently, he dropped one of the boards onto the rail and it naturally made a dent. Which, is not the “lived in” look anyone so going for when they talk about wood aging.

So he commandeered my iron and a wet washcloth. Put the washcloth on the dent along with the iron and that allowed the wood to soak up the moisture and expand back out to make the dent disappear.

I’m afraid I did end up with some washcloth particulate burned on the bottom of my fancy, extra quick heat iron I purchased last summer…but it’s not like it’s unusable. It’s just a little…more lived in.

Felt good to have a useful tool for Tyler to use-as I’ve been feeling rather useless with my income significantly impacted by the virus and the stress of not being able to do a damn thing about it.

But we’ve got a snazzy porch, so there’s that!