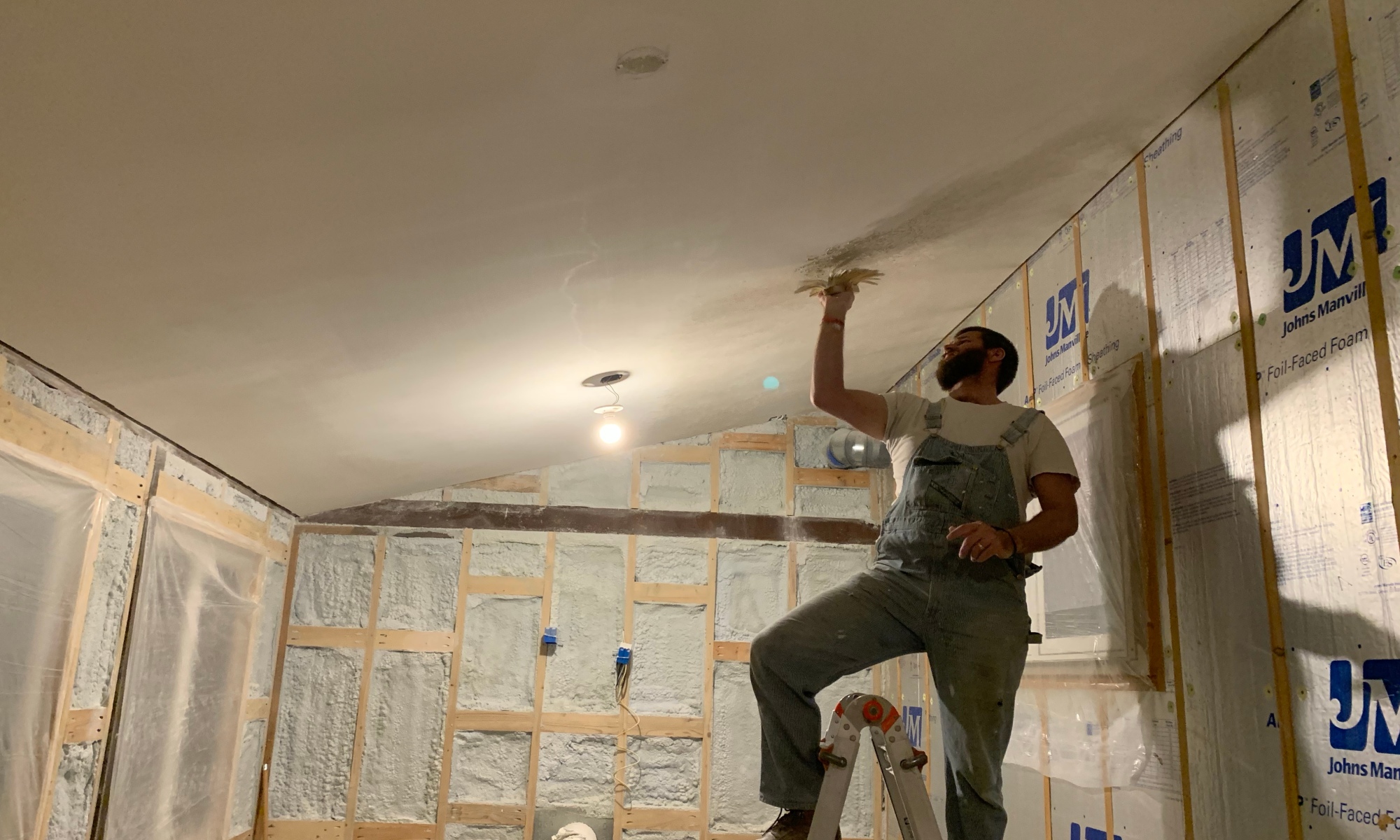 At first, Tyler’s plan was to not texture the porch ceiling. He was trying to sand it down to the perfect amount of “flatness” as, what seemed to me to be, some sort of test of his skills.

He changed his mind.

As you may or may not be aware, his perfectionism makes him feel genuine anger and frustration at things long since completed in the house that aren’t up to his standards. So I believe it was a wise move on his part to decide to abandon the quest for the perfectly flat ceiling.

He choose a texturing method that was for a very small texture (I don’t know how to describe this people-it’s like little dots on the ceiling?). You use this brush thing and like swab it around. I’m not sure what the “it” is actually. It was mixed in a bucket. Looked like muddy, slop, construction stuff.

It only took one night for him to do this. Then he let it dry and touched up a few spots the next morning that could be seen easier in the daylight. 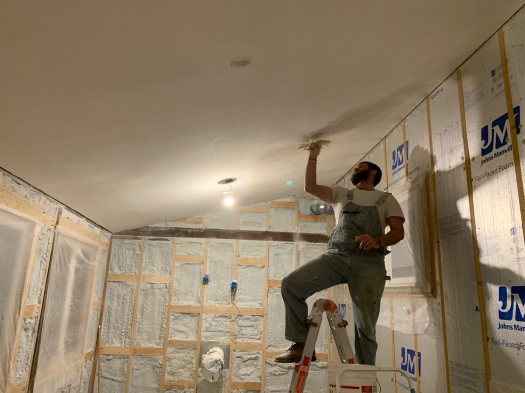 In pictures, you can’t really tell. I’ll get some better images when the walls are done, because I think with the contrast of the interior walls it might be more noticeable. That’s my hope anyway. And next, he has to prime and paint the ceiling. None of this, he tells me, is the kind of work he enjoys. He really wants to get to the wall finishing. But if he takes the time to do the ceiling correctly, he won’t have to come back to it later. Especially when it comes to paining. For we all know that painting a ceiling easily leads to wall drips. And for the wall we are going for (and by we I of course mean Tyler) we don’t want any drips.