This winter Tyler was lamenting the fact that some of the paper covering on our unfinished wood floors upstairs was ripping up and becoming dirty. There was concern that when the floors are eventually finished, they might end up discolored from the dirt and damp already on them. 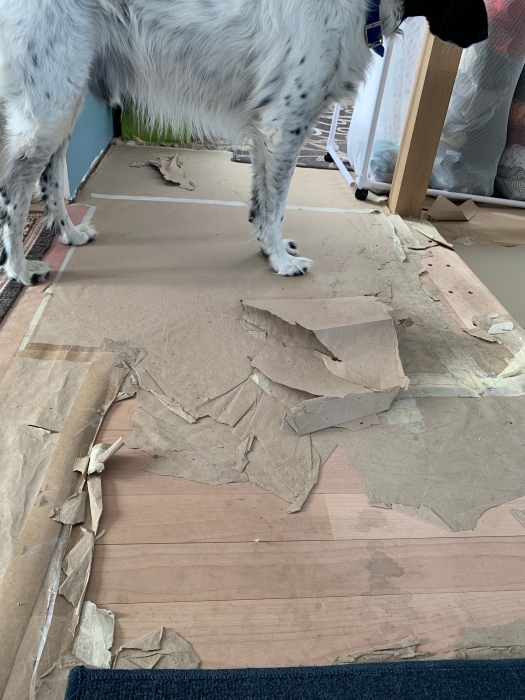 The dirt and damp mainly come from Gus. As his bottom half is often wet or muddy and he enjoys laying on the barely covered floor to cool himself off.

It was suggested that I should recover the open spots of the floor with more flooring paper.

So when I had some time to spend re-covering said open spots, I was a little bummed to see that we had only a small piece of the brown paper left to cover all the torn up pieces.

So I did what I do best. I bought some rugs.

Bomgaars was having a pretty excellent sale on rugs (because apparently we are nearing the end of rug season). I bought three 6×8 light brownish rugs for $54.

Also-with my track record of buying house construction supplies, I figured trying to buy the brown floor paper would either end up with me spending hundreds of dollars or putting some type of asbestos on the floors. 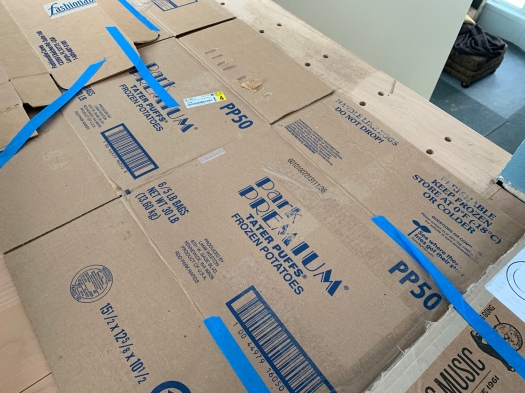 In an effort to maximize security of the rugs, I also decided to place cardboard underneath the heavily trodden areas. Then I re-taped the brown paper back down (though I could only find blue painter’s tape-so my poor tape job is quite showy) and added the remaining piece of brown paper to the stairs area. Last, I put a rug on top of all the exposed places. In fact, on top of the area by the stairs, I put two rugs. Just to be safe. 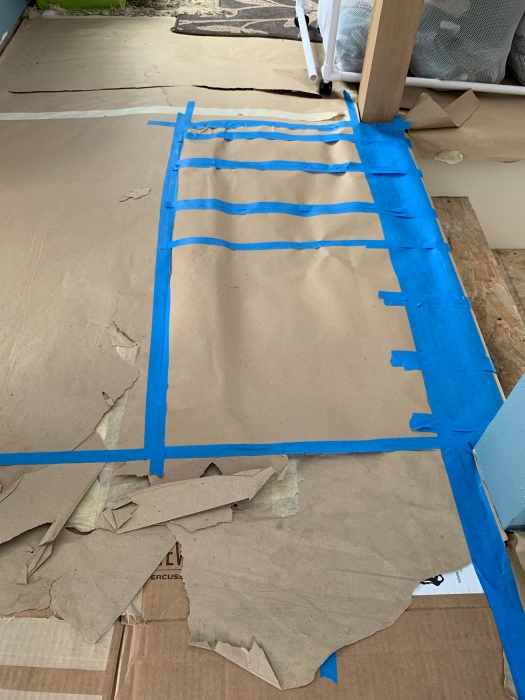 With three rugs, I had more than I needed, so I ended up cutting one in half. Maybe this seems silly to do-but they cut really easily. And it’s cheaper to cut a large rug down than to buy a smaller one. I don’t know why this is, just some retail mystery. 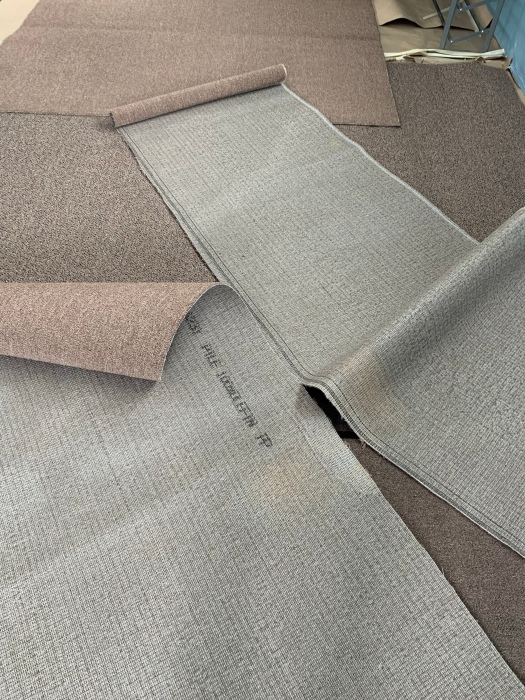 The good news about the rugs (how many times can I type the word “rug” in this post?) is that they cover my horrible tape job (mostly).

Let’s hope the new paper, cardboard, blue tape, double rug set-up protects the floors for another thirteen years. Because, realistically, Tyler’s not gonna finish them while Gus is living with us and I’m hoping Gus will be a world-record dog who lives to be twenty.