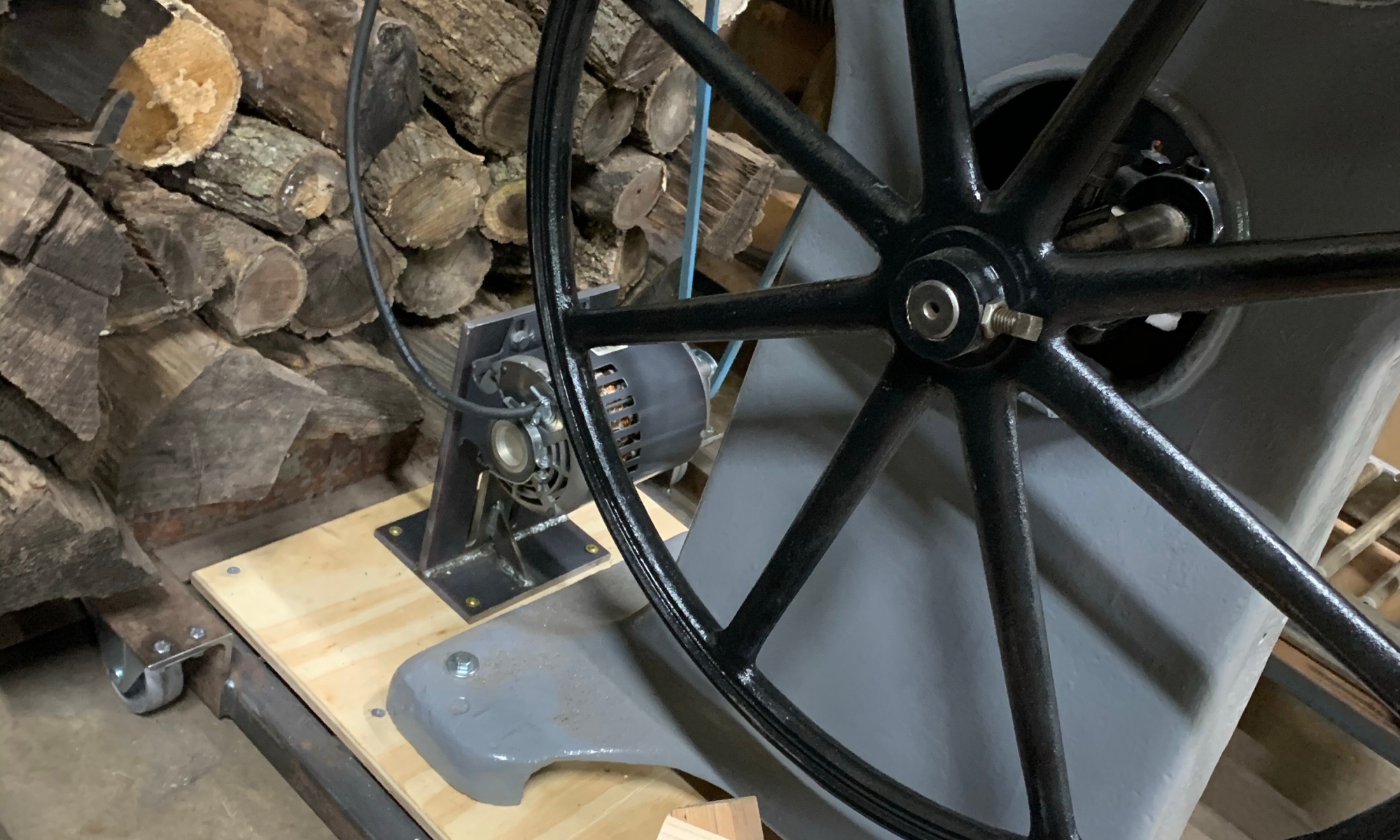 Frankly, this old band saw is one of my favorite tools Tyler has. He bought it ages ago and it is such a stunner.

The two photos below show the different parts of the band saw in their rusty state-when first moved to the shed. (Along with other tools all squashed together from when Tyler was siding the shed).

It began as a rusty, crazy looking thing. Almost a type of medieval torture device.

And ever since he moved his tools into the shed, he’s been working on getting it in working order. 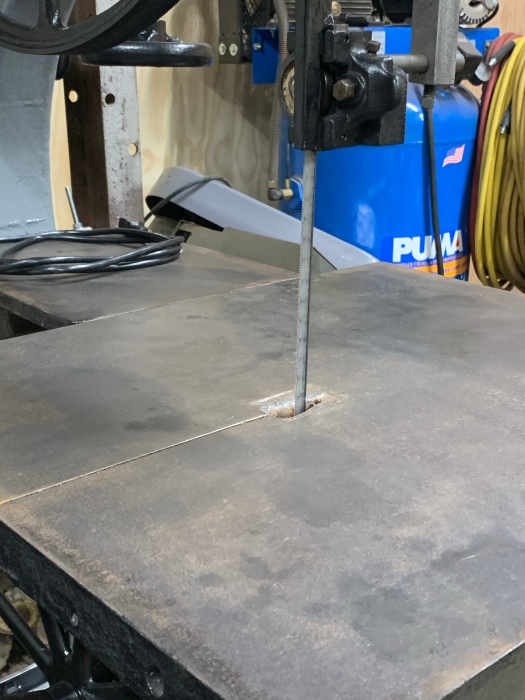 He took the whole thing apart and de-rusted it. Got a new blade. Repaired the motor. 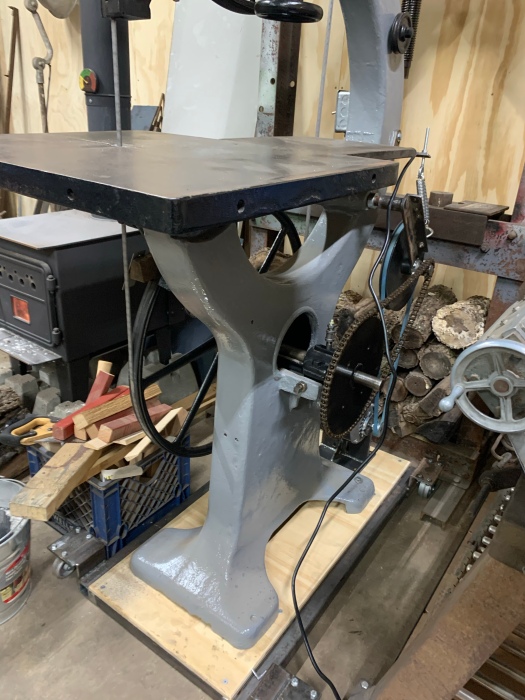 He even made a stand for it with wheels so that he can pull it out of his spot (it weighs over 800 pounds).

So the story, or what we know of the story, is that this band saw is at least 100 years old. But possibly more. It could be from as early as 1880. It would have been connected from above on some sort of line.

The video I took shows how quiet the machine is. And it’s wonderful to see it working so well. 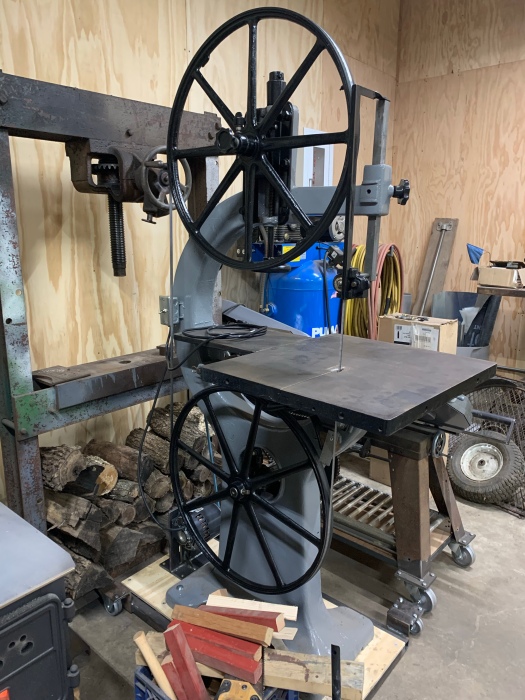 It’s beautiful. I’m so glad he’s got it up and running.