On the inside of the porch, the first step was to frame a wall to separate it from the garage and put framing on the ceiling.

Tyler plans to have the porch spray foamed and he needed to create walls and a place for the foam to go.

The new garage wall he built so that it will have either a sliding door or a door that can open fully wide as to not restrict the size of the opening to the garage. (For moving large items, etc). 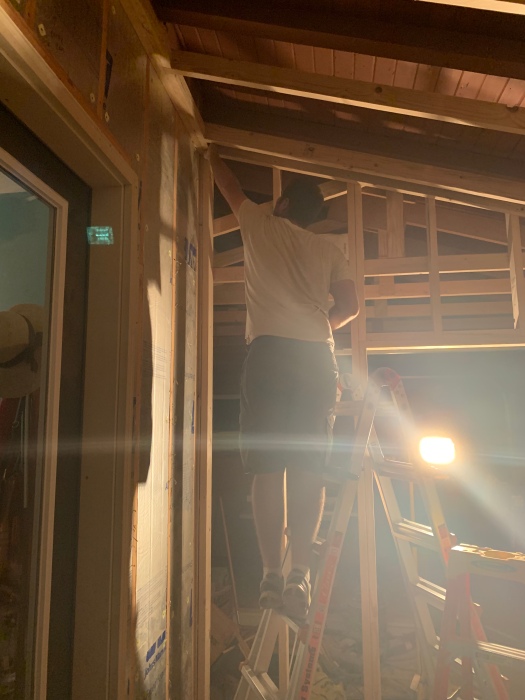 The ceiling will remain pitched at an angle. I’m very happy about the ceiling framing. I imagine a lot of people would create a dropped ceiling so the ceiling is level. But having the pitched roof opens the porch. Also, with the house sitting up higher than the porch, the kitchen window and door height would be an issue with a dropped ceiling.

The pics are a bit dark. We don’t have the electric wired into the porch yet. Something Tyler is currently working on-among the 700 other things he is doing while also working a more than full-time job. 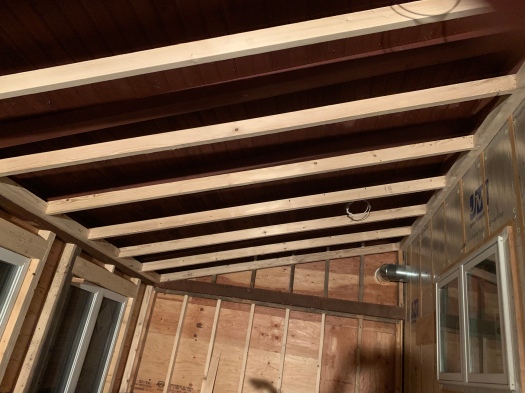 I wonder if we’ll have a toasty porch to sit in and watch the snow fall in January?