Is that a word? Shaked? Is it better to say shingled? Because that sounds odd and could be confused with roof shingles. Sided doesn’t seem right either, but might be the better fit.

Anyway, he did it!

There hasn’t been a consensus about the lights that will line the porch door (and by consensus, I mean whatever Tyler decides to go with). But all the rest is done.

It’s beautiful. It took awhile. Tyler almost had it complete before band camp, but band camp gets in the way of everything, so there were a few weeks where the porch sat, partially covered, partial tar paper. A few weeks is nothing though in the grand scheme of things.

Here’s maybe how Tyler did it.

You already read about staining each individual shingle (I would guess). But to attach them to the porch, he used these green nails to place this black mesh fabric type material.

He hand planed (yes, really) each piece that wasn’t square (which was basically all of them) so there would be a tight seal. The shakes will change size with the weather, but avoiding an initial gap is helpful I’m told. 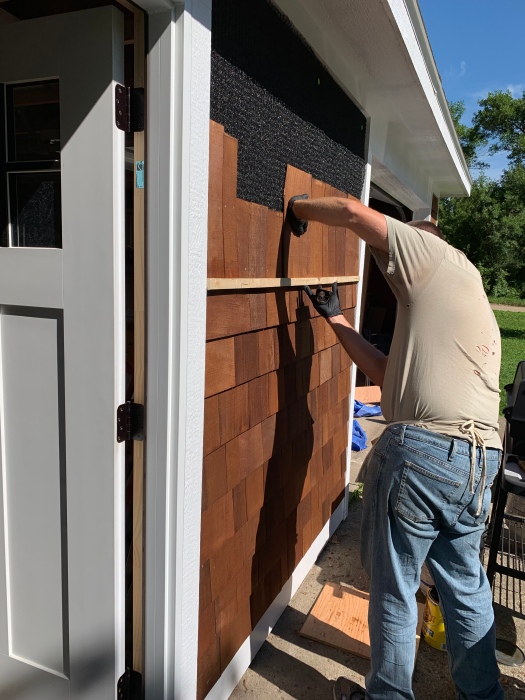 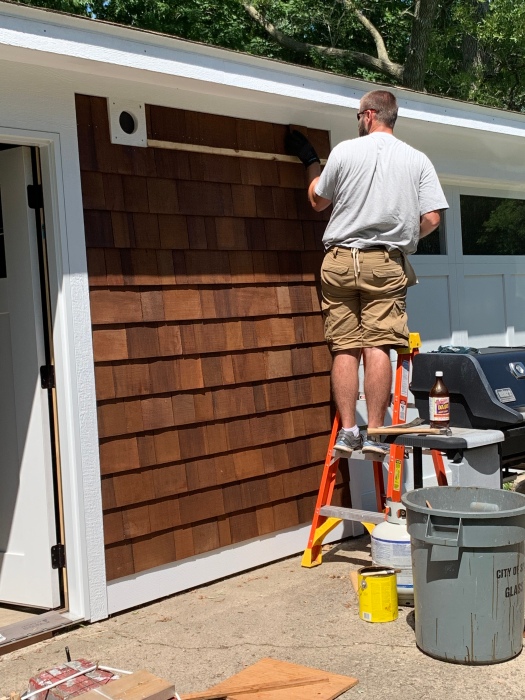 When we got to the windows, he had me assist (yep, that went just as you might imagine in your head), with laying chalk lines to keep the layers even. Because, of course, the porch isn’t even and he had to adjust each row to hide this fact so the shakes wouldn’t be slanted. I believe this involved a lot of math. And me trying to line up pencil marks with purple chalk string. Yeeesh. Somebody tell my husband my vision is so poor they don’t even make contacts for my prescription. I really can’t see! He doesn’t believe me! 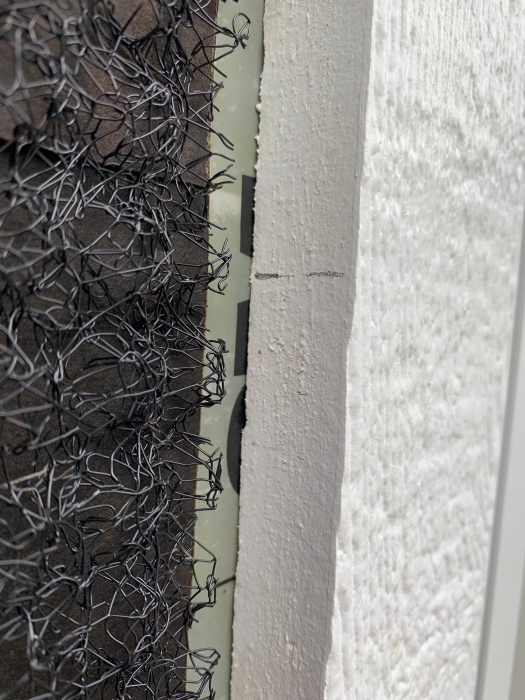 Unfortunately, the finished product makes my paint job on the rest of the house look even more terrible. But there’s no more tar paper or other part of the house that looks like it’s in perpetual construction.

Once he was almost done, he realized he had to stain and plane one more shake, because the one shake he had left wouldn’t fit in the very last spot. So he had to wait overnight for the whole porch to be complete. That seems about on par for Tyler’s luck with projects! 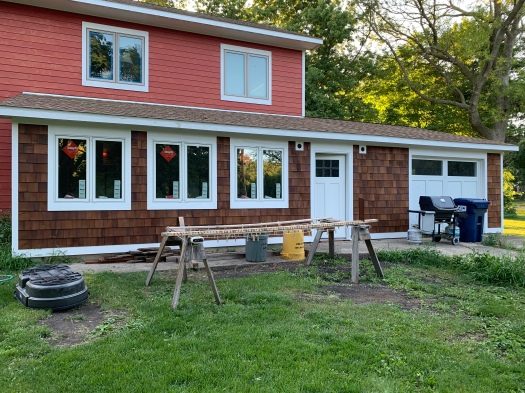 And now, onto the interior part of the porch!