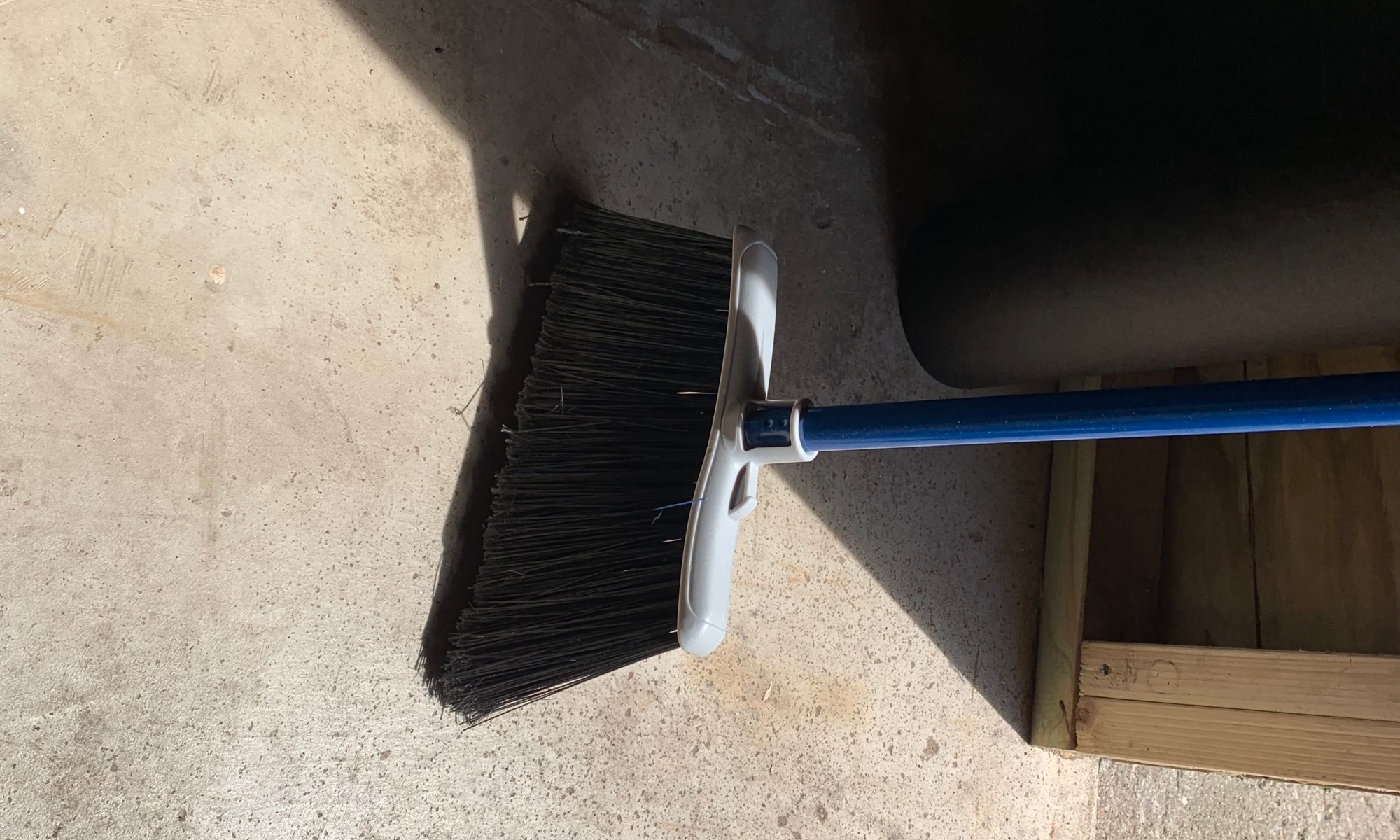 This is a little tiny post, I am reserving for when we need a post but are having an incredibly busy time. Mainly, I think it’s funny. I’m sure Tyler doesn’t find it quite as funny.

When Tyler was working on the porch he asked me if I wanted a job to complete for him. I whispered to myself, “No, that’s probably a bad idea.” But, alas, he didn’t hear me.

It was suppose to be simple. Heaven knows I can’t follow a simple task.

He purchased these boards from a mis-order from the lumber store, Consumers, at a discount. They had been sitting around for a while and were a bit dirty. But other than some dirt, would save us a lot of money as a ledger board of sorts on the bottom of the porch. 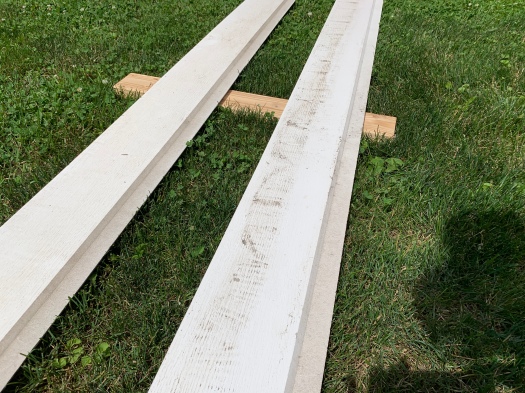 Tyler asked me to go get a brush. A small brush with a full length handle and synthetic bristles (longer rather than shorter) to sweep the boards clean. Having a brush with a full-length handle would be less painful on one’s back and then he could use it when he has to repaint the house (for getting dirt off the siding).

He told me exactly where to go. Housewares department at the Bomgaars.

I stood in the brush-type aisle for about fifteen minutes. Looking at all I could see to make sure I picked the right type of sweeper brush.

This is what I bought: 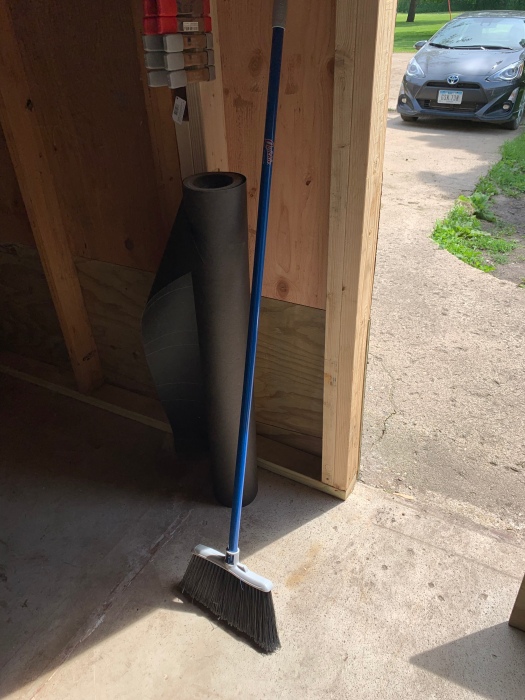 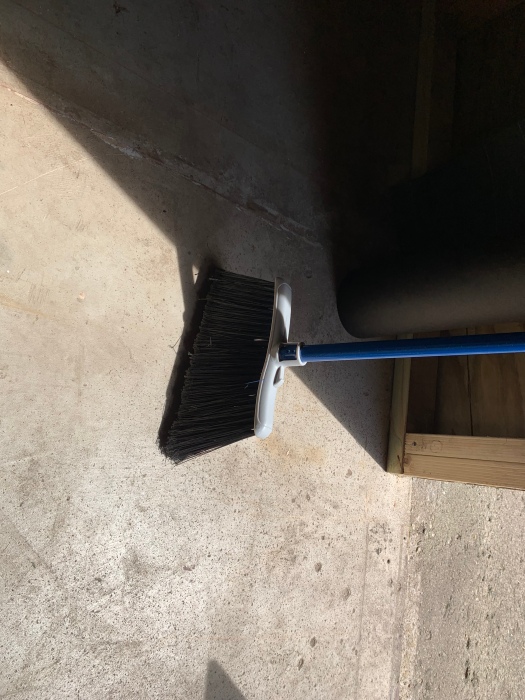 A broom. People, I bought a broom. I know what a broom is. But it seemed like the best option. It had long bristles-they were synthetic. It had a long handle. It wasn’t huge. It was not what he requested.

“Did you buy a broom?” He asked later that night or the next day (I can’t recall which day it was).

“It looked like the most reasonable bristled brush type thing with a long handle.” I tried to reason.

Only to see, moments later, that he went out and bought what he was actually looking for: 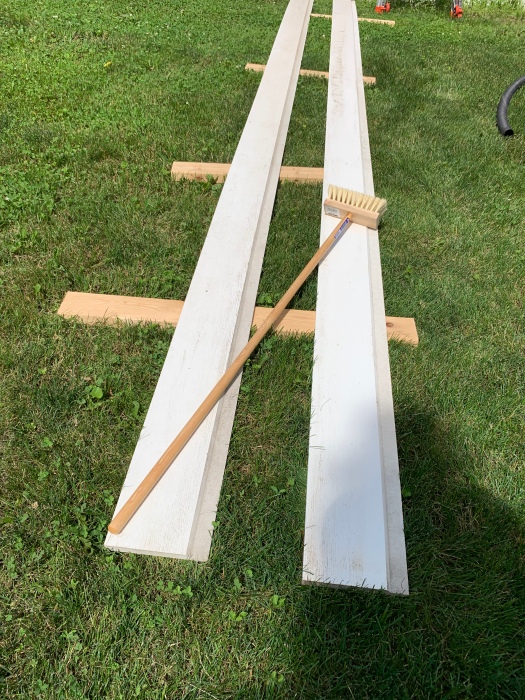 Which, is kind of broom-like, but also kind of not. And then he did the thing he always has to do when he gives me a task. He had to re-do and complete the task himself.

Oh Tyler. Did you forget about the wire incident of 2014? When you asked me to buy some wire from Bomgaars that comes in a box and I came back with a $99 spool of wire from the ag department. Instead of the foot of wire you requested?

Or did you happen to forget when you asked me to buy red barn paint for the gardening shed? And I accidentally bought an oil-based paint and then painted the shed door to surprise you, only to have it drip and get sticky and be discolored and uneven? (Which looks horrific to this day).

And I’ve now got another broom to sweep with-the only job I should be allowed to have!