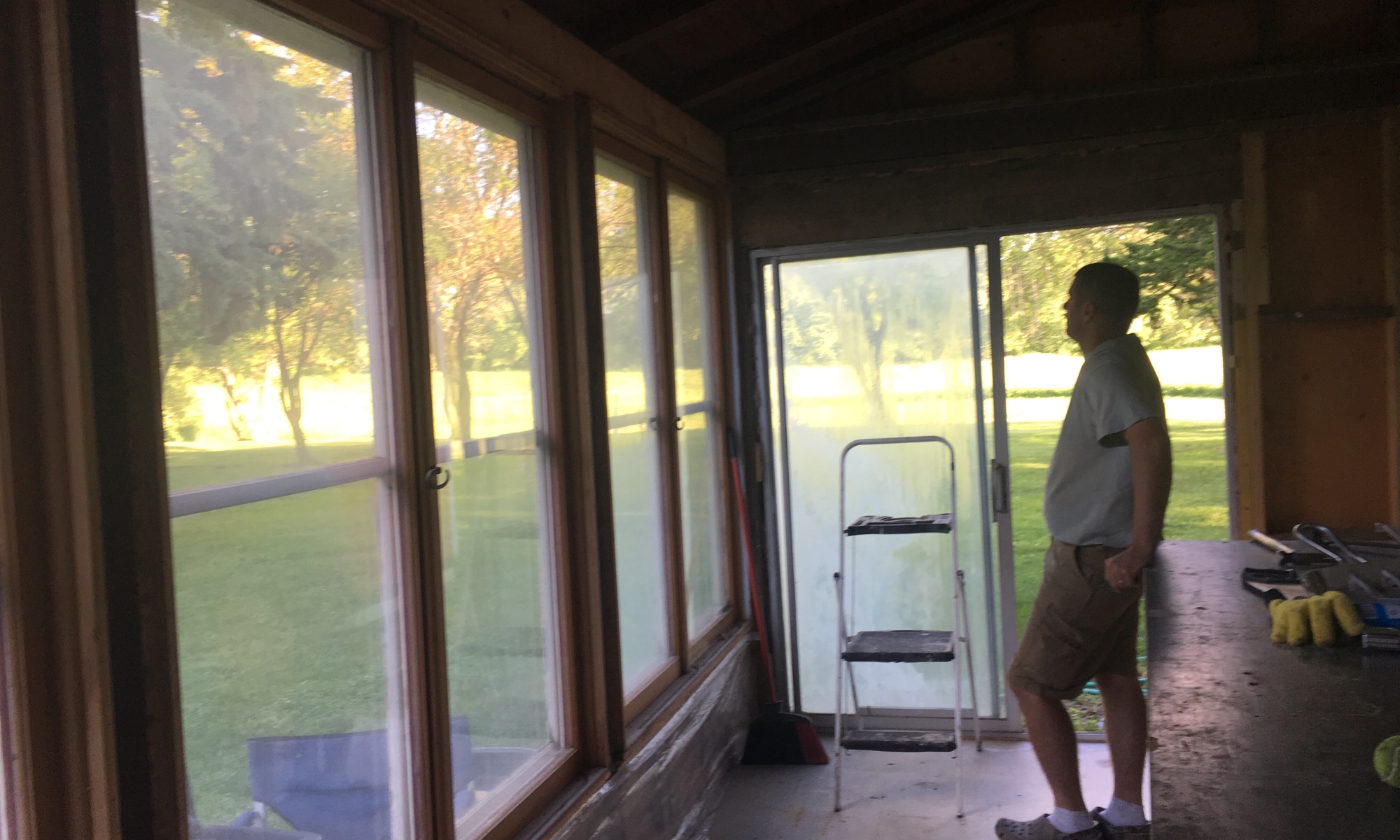 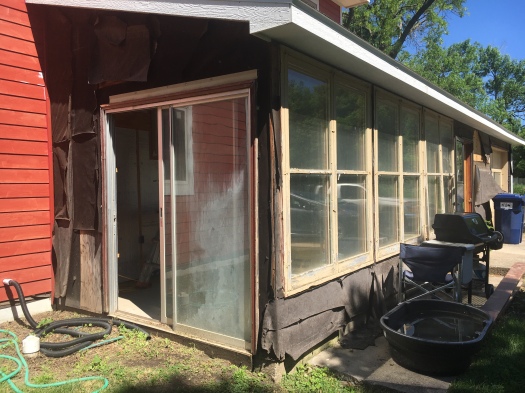 The big summer project this year is to rework the porch and garage area. Now that Tyler has his shed somewhat functioning in a shop-type capacity, he has been moving his tools and items out of the porch/garage area to revamp the whole space. 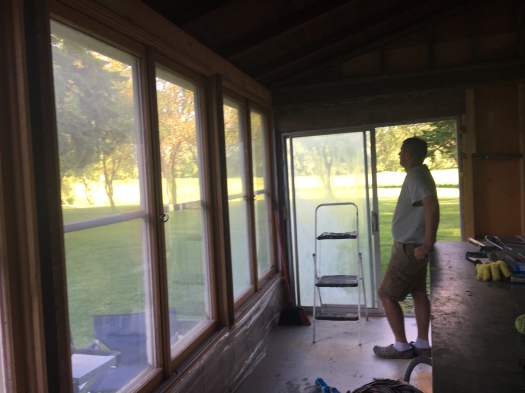 And today was all about demolition. I’m actually a little bummed about our differing schedules at the moment. I’m still working (and will even be working extra this month teaching some summer music camps), so I’m missing out on so much of the progress. Oh well…part of being an adult I guess.

It’s all so familiar. The dust and dirt of demolition. The terrible noises of a crowbar pulling out rusted nails. The snapping of old wood. The radio blasting through the work. Except that I’m sitting inside, working on camp schedules and doing laundry in air conditioning.

What has been discovered about the porch in the demolition is that it was not always an enclosed porch. In fact, it use to just be a regular porch with a cement slab that had some beams for supporting a roof. The beams were a dark red color (likely attached to the house when it had its original white siding). 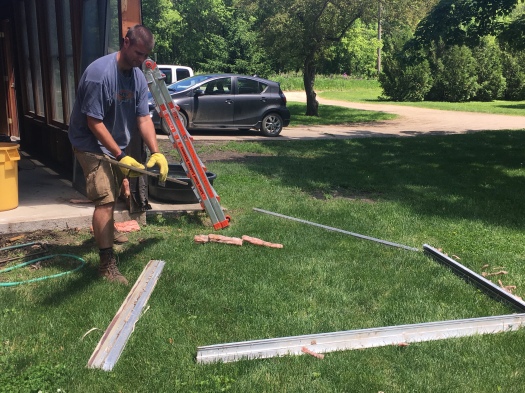 Eventually this porch was added. Then the garage was added and the porch was enclosed with giant windows. 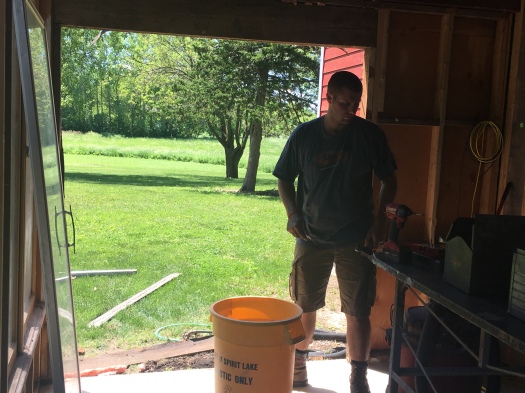 I’m very excited to watch the progress of the porch as it will help make the house feel like less of a construction zone (I bet the city will immediately raise our property taxes too-haha!)

One Reply to “What We’ve Learned About the Porch”